Getting the right treatment of fibromyalgia

If you are looking for effective treatment of Fibromyalgia in Panama City, Fl., then you have come to the right place at Bay Clinic of Chiropractic. You will find the right resources and information here to help you in your pain and distress. But before we go in further let us take a look at Fibromyalgia itself.

Fibromyalgia is chronic pain disorder which can have widespread negative repercussions – physically as well as mentally. It is often termed as Fibromyalgia syndrome because unlike a regular disease it does not come from a specific cause, is not limited to specific symptoms but is an amalgamation of many symptoms and comes from multiple and sometimes identifiable causes. The word is derived from the Greek terms myowhich means muscle, algiawhich means pain and the Latin term fibro which means fibrous tissue. Fibromyalgia leads to aching tenderness in joints and muscles, acute pain in multiple parts of the body, fatigue and sleeplessness and often depression and anxiety. 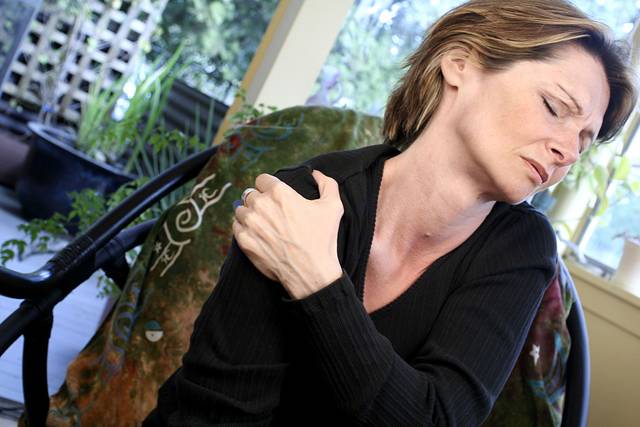 Do you know that over 10 million Americans are affected by Fibromyalgia? Women between 20 and 50 years of age are most affected by it, but it is also seen to occur across gender, race and age. Doctors specializing in treatment of Fibromyalgia take into account all these parameters before starting the treatment procedure.

What is the treatment for Fibromyalgia ?

No specific cure has been found but several medications and treatments have come into being to relieve the pain and lessen the other accompanying symptoms. The treatment is a healthy mix of functional medicine, therapeutic and chiropractic methods that aim at optimum pain management.

Till date there has been no satisfactory explanation as to why Fibromyalgia occurs. Intensive research in the field however points to certain disorders in the central nervous system like –

Other probable causes include –

What is the treatment for Fibromyalgia in Bay Clinic, Panama City, Fl.?

Patients who complain of widespread and acute pain for more than 3 months are the ones who need immediate treatment. They also display pain and tenderness in at least 11 key body parts like arms, chest, neck, shoulders, thighs, knees, rib cage and lower back.

Depending on kinesiologic and laboratory testing treatment of fibromyalgia , involves –