ADD Treatments in Panama City Fl. includes options of both traditional and the avant-garde. What is difference and why would you need them? A look at the modern treatment methods.

Chronic impulsivity, hyperactivity and inattention define the psychological state of a person suffering from Attention Deficit Disorder or ADD. It is a common childhood disorder but can continue into adulthood if not curbed or controlled. The traditional school of thought thinks that ADD cannot be treated but advanced

treatment of ADD is increasingly focused at curing it for they look at it not as a disease but as a symptom of something deeper, from allergies, genetic disposition, brain defects as well as giftedness. 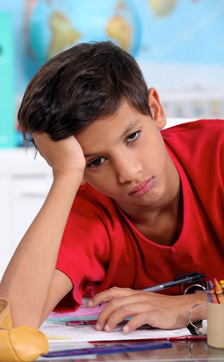 It is not the irreversible brain defect thought to be earlier but a very common disorder which afflicts millions of children all over the world. It usually manifests itself in early childhood and makes it difficult for patients to inhibit or control spontaneous responses related to speech, movement as well as attentiveness. Children by nature can be restless and inattentive and this makes ADD difficult to diagnose till it sets in too deep. If your child has been finding it difficult to perform in school for over a year then it is time to take a closer look. Functional treatment of ADDinvolves creative solutions and capitalizing on the strengths of personality.

Advanced ADD Treatments also include a close look at what could have caused this condition. The common and probable causes include –

Before you go in for treatment of ADD , check your child’s symptoms well. These may include –

Treatment of ADD breaks through the traditional barriers with the help of functional neurology and functional medicine. A series of advanced and thorough lab tests are done to analyze which sections of the brain need balance instead of treating it as a whole.

The use of revolutionary treatments methods like Functional Neurological Chiropracticcompletely negates the presence of medications like Ritalin and Adderall which can have dangerous side effects for children. The laser approach treatment of functional neurology zeroes in on the deficient or weak area and treats it without undue stimulation to the whole CNS.