Have you been plagued with vague uneasy sensations in your leg which urges you to constantly move and shift them? Has it been giving you sleepless nights and causing undue fatigue? You are probably suffering from Restless Leg Syndrome but the good news is that it can be treated. And if you are in Florida then it is more than good news for here you can opt for advanced and functional treatment for Restless Leg Syndrome in Panama City, Fl. which is holistic and comprehensivecare that goes beyond than just temporarily treating the symptoms.

More than 10% of Americans suffer from this condition. As the name suggests, Restless leg syndrome is a movement disorder that causes restless shifting or moving of the legs. It is a nervous systemdisorder that affects movements of the lower limbs. Incorrect signals like unpleasant sensations are sent to the legs urging it to move constantly. Some people may sit and constantly move their legs up and down while some get up and pace around the room or area they are in to make these uncomfortable feelings go away. It negativelyaffects sleep and is also called a sleep disorder. Resting at a stretch or even travelling becomes difficult for the patient. Restless Leg Syndrome involves simple care steps which focus on lifestyle changes, correcting hormonal imbalances and changes in diet and nutrition. 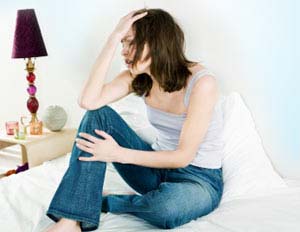 They occur more in the evening or night when a person is inactive or resting. The unpleasant sensations include:

Make a note of the above symptoms and list down which ones which you feel more before you go in for Restless Leg Syndrome treatment .

Studies reveal that genetic makeup lead to this condition in more than half the people suffering from Restless Leg Syndrome. Other probable causes include –

Treatment involves delving deep into the system and determining the exact causes. This is done through a series of advanced lab tests which includes regular physicals as well as other hormone based examinations. The patient’s as well as his/her family medical history is also reviewed and scrutinized. Once the cause is pinpointed the patient is taken through a step by step treatment process through functional neurologywhich includes focusing on the Central Nervous System and correcting the imbalances.

The next step in treatment is through functional medicines and clinical nutrition. Focused though minimal medicationsare prescribed to ease the nerves and minimize any pain that may have occurred. A balanced diet and nutrition is the next key focus to enable the system get back on track on its own and function normally with the aid of daily dose of essential nutrients.